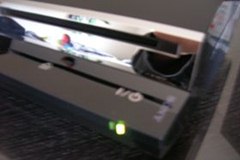 If your PS3 is YLOD (flashing the Yellow/Red/Green Light Of Death), try sticking it in the oven. Why does this work? Instructables user formulajake88 explains what causes YLOD and why the oven re-flow method will (likely) work:

"There are several prevailing theories, including a faulty power supply, corrupted hard drive, or virus circulating through the PSN (which is probably 100% false). But, while I'm not saying that these AREN'T the cause of your particular case of YLOD, I will say that most likely, the cause of your issue are the solder balls underneath the RSX (basically the GPU, or Graphics Processing Unit) and Cell BE (basically the CPU, or Central Processing Unit) chips.

Unfortunately lead free solder has two (theorized) weaknesses. The first is that with repeated, high temperature (higher than what Sony engineers intended) exposure caused by 8 hour Call of Duty marathons or similar,  followed by rapid cooling of the console once turned off, the balls begin to lose their elasticity, and eventually crack. This causes an open circuit, and when you try and power the PS3 up again, you are greeted with the YLOD. The other theory is that over time, due to the aforementioned high temperatures, the balls begin to grow 'tin whiskers' which cause a short with another ball nearby, once again causing the YLOD.

This magical method is known as an oven re-flow. In a nutshell, the oven is used to heat the PS3 motherboard up to a temperature high enough to melt the solder balls underneath the RSX and Cell BE chips." 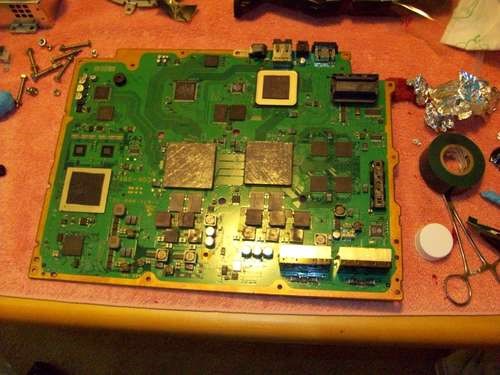 Feeling brave? Try it yourself and report back.

BE AWARE THAT PERFORMING THE METHOD WILL VOID VOID VOID YOUR WARRANTY.

How is this method specific to PS3?

it said in the description on the top. the missing thing is for how long? and the temp?
Well is for 7 mins MAX 10 min and at 375Degrees F MAX 400F