Guerrilla Games' Killzone 3 (PS3) opened strong in its first week, topping the charts as the best-selling game worldwide, as well as in the Americas, beating out Bulletstorm (Xbox 360) and powerhouses like Wii Sports (Wii) and Call of Duty: Black Ops (Xbox 360). In its second week, it fell two spots worldwide, but kept its first place title in the Americas.  BioWare's Dragon Age 2 is expected to dethrone it in its third week, but that doesn't mean Killzone 3 isn't a badass game to get your hands on!

Particularly, the best past (as with most games) is the multiplayer mode, and Killzone 3's online multiplayer play does not disappoint. It has 2-player offline split-screen support, not seen much in video games today—definitely a plus. But its online multiplayer is the winner here, with three different gaming modes: Guerilla Warfare, Warzone, and Operations. 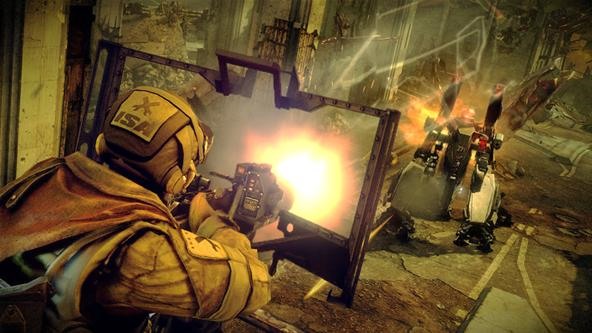 Guerilla Warfare is your standard team deathmatch you know and love. Operation is new, and more of a cinematic-type game with specific objectives. Both of these support up to 16 players per map. And then there's everybody's favorite: Warzone, where the shit hits the fan in modes like "Body Count", "Search and Destroy" and "Capture and Hold".

But let's face it—you're not going to rule the multiplayer court in Killzone 3 unless you know what you're doing. So, check out a few of the tutorial videos below for help on mastering your online kill skills in the newest Killzone edition for the PlayStation 3.